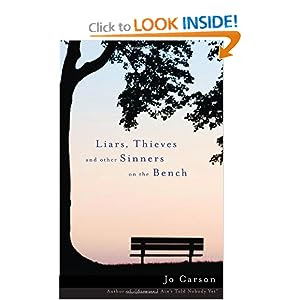 On September 20th, a wonderful American playwright passed away: Jo Carson. Perhaps you've heard of her, perhaps you haven't -- most likely you haven't, because Jo Carson wrote plays about specific places, places that weren't megalopolises, places where the national media doesn't venture much. Places like Colquitt GA and Sautee Nacoochie GA, which I wrote about here. She also was a contributor to NPR, and published quite a few marvelous books like Spider Speculations and Liars, Thieves, and Other Sinners on the Bench. She also was the founder of AlternateROOTS, an inspiring organization devoted to community-based arts.

I never met Ms. Carson, although I was reading Spider Speculations with a mixture of amazement and inspiration the week she died. But I wish I had known her at least well enough to say thank you. But its more selfish than that: I wish I had heard some of her stories. In her collection of poems called Stories I Ain't Told Nobody Yet, a mother asks …
Post a Comment
Read more
More posts