In 1989, Wendell Berry delivered a Commencement Address at the College of the Atlantic in Bar Harbor, Maine that included not Ten Commandments but ten hopes. They are as follows (I highlight the ones that I feel are particularly applicable to the arts):

[For those of you coming from the Parbasis site and who are humor impaired, this is a joke. The map was forwarded to me by Mac Rogers, who obviously knows that I have a sense of humor about the issues I address. Sheesh.]

Email ThisBlogThis!Share to TwitterShare to FacebookShare to Pinterest
Labels: NYLACHI

Analyzing the NEA "Our Town" Grants

So yesterday, the NEA announced the recipients of the "Our Town" grants. As you may or may not know, the "Our Town" grants were created to support "creative placemaking projects that contribute toward the livability of communities and help transform them into lively, beautiful, and sustainable places with the arts at their core....A key to the success of creative placemaking involves the arts in partnership with a committed governmental leadership and the philanthropic sector. All Our Town applications must reflect a partnership that will provide leadership for the project. These partnerships must involve at least two organizations: one a nonprofit design or cultural organization, and one a government entity."

Given the name chosen by Rocco Landesman and the NEA staff, which references Thornton Wilder's Pulitzer Prize winning play about fictional small town Grovers Corner, let's analyze the grants that were distributed in terms of geography and population. (Full disclosure: I was part of the applicant pool for the "Our Town" grant for a project in Bakersville, NC [pop 357], and was not funded.)

WHICH STATES WERE IGNORED?

Let's start with which states received no funding at all -- the number in parenthesis next to the state's name is the number of the 156 "Access to Excellence" grants for theatre in the most recent round (for details, see my post here):


In summary, these 17 states which received no "Our Town" funding received only 11.5% of the "Access to Excellence" grants for theatre. Seven of them received no funding in either round.

Of the three states that received the most funding in the "Access to Excellence" theatre funding -- New York, California, and Illinois -- both New York and California exceeded the average and median grants for those states who received them, with California far outdistancing every other state, having received $900,000 (the next highest was Texas with $525,000 and Florida with $400,000); Illinois was near the bottom with $50,000.

According to the US government, a rural county has a population under 50,000. How many of these grants went to rural counties?

For those of you who are reading this and composing the usual questions, the NEA does not release a list of the applicants overall. As a participant, I know that the number of applicants were substantial and competition was stiff, but I cannot say how many small communities submitted applications. I would, however, say that an agency interested in diversity might have recruited applicants, and perhaps made an effort to account for this in making their awards. A 4% award rate for rural areas, and  10% rate for small communities once again reinforces the idea that the arts are an urban pasttime, and that people from the South (Alabama, Georgia) or the non-coastal West (Indiana, Kansas, Kentucky, Montana, Nevada, New Mexico, Oklahoma, South Dakota, Utah) should not expect support from the NEA.

So when funding for the NEA comes around once again, remember this distribution when you are condemning those Southern and Western representatives and senators who vote against.

Headwaters at the Sautee Nacoochee Center 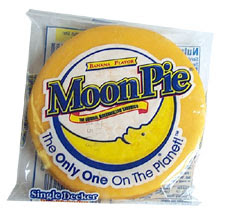 [cross-posted at the CRADLE blog]

Over the weekend, I had my very first Moonpie thanks to Lisa Mount, the producer and director of  Headwaters: A Goodly Portion of Our Songs & Stories, and the wonderful people at the Sautee Nacoochee Center in Sautee Nacoochee, GA. I hear that I really needed an RC Cola to make the experience complete, but I think the excellent performance more than made up for the missing drink.

I had been invited down to Georgia (music cue: Charlie Daniels Band The Devil Went Down to Georgia) by Lisa Mount, and it just so happened that my wife needed to attend a meeting just down the road in Cleveland that same weekend, so I was thrilled to make the 2-1/2 hr trip from Asheville.

Sautee Nacoochee is an unincorporated community in northern Georgia. The performance space is a 1930s'era gym that has been converted into a large, open stage surrounded on three sides by 100 seats. On the Center's campus is also the Center Gallery, devoted to the work of artists who live within 50 miles of Sautee Nacoochee, a conference room, a history musuem, dance and art studios, and an environmental education resource center. The newest addition is a museum devoted to the folk pottery of Northeast Georgia. According to the SNCA website, "Because of the extensive arts programming offered in recent years, Sautee was designated one of the "100 Best Small Art Towns in America" in a book by the same name written by John Villani." Deservedly so!

Lisa Mount, who was named "one of the 100 Most Influential Georgians" in 2008 by Georgia Trend Magazine, gave me the "nickel tour." In addition to her work with SNCA, she is very active nationally as a consultant with Artistic Logistics, for whom she has helped such non profit arts organizations as Childsplay, the New Orleans Jazz and Heritage Festival Foundation, Liz Lerman Dance Exchange, Cornerstone Theater Company, the Neo Futurists, the Network of Ensemble Theaters, and the Maryland Ensemble Theatre. Her seemingly boundless positive energy made me and everyone else feel welcome.

This was the fifth summer for Headwaters. Every two years, there has been a new version written by well-known playwrights Jo Carson and Jerry Grillo, and this year was a compilation of what might be called the "greatest hits" of the first two productions. Next year there will be a new play called Didja Hear? about "what we can and can't (and will and won't) hear." (Carson's book Spider Speculations: A Physics and Biophysics of Storytelling [published by TCG Publications] is a must-read for anyone interested in this sort of community storytelling.)

I loved the production, which was performed by local performers, including a wonderful band for the numerous songs. There also were shadow puppets and a whimsical framing device about two bears rescued by a local theatre producer from the bear park who have been conscripted to write scenes of the various stories they are provided. They are motivated by Moonpies...  The stories are a mixture of tall tales, local history, and personal remembrances, all very much connected to Sautee Nacoochee. As the Director's Note said, "Headwaters could only happen here, with these people -- it is theater of, by, for, with and about this community."

I was particularly struck by Nadir Mateen's powerful story entitled "Honor & Dignity" about an African-American educator with a doctorate in education who, when Georgia desegregated, found himself forced to fire all of his African-American teachers himself (after all, no white person would be willing to be taught by a black teacher) and as a reward remain employed in the system (he was 18 months from retirement), or have the white administrators do it and be out of work. He decided on the former, feeling that it was important for at least one black person to remain in the system, and after he had fired the teachers, he was given a job teaching math at the reform school, which he did for the 18 months until he was able to retire. Mateen, who has an MFA in acting from the University of Florida, delivered the story with understated power and emotional depth.

Other highlights included a hilarious story entitled "Foot," about a woman whose brother gave her an old prosthetic foot as a joke present, and she decided to put it sticking out from underneath the hood of her car as she drove around town, which lead to unexpected consequences and a wonderful statement about our legacy perhaps being those things that made other people laugh. Lisa Mount's song "Hold Fast to the Laughter" brought that point home.The ensemble delivered a simple and powerful rendition of Stephen Foster's haunting song Hard Times, and a Elsie Nelson told the story of a "woods colt" (and illegitimate child) and her travails through life.

The production was beautifully paced, and staged simply and evocatively with just enough spectacle to keep things interesting but not to overwhelm the stories. It wasn't slick, it was authentic, it felt rooted in place. It is a marvelous example of the kind of production that I hope to encourage people involved in CRADLE to create.

To everyone involved in Headwaters: A Goodly Portion of Our Songs & Stories, thanks you so much for an inspiring evening, and Lisa, thank you so much for the invitation, and for providing another example of how rural and small communities can be places of vibrant, authentic art.
at July 11, 2011 2 comments: