Over at "The Artful Manager," Andrew Taylor (who I regret not tracking down at the conference summarizes his observations. Three of them particularly resonated for me:

Like Andrew, attending the conference was eye-opening, and for me, the most important realization was that artists cannot continue to "focus on a fairly small circle," even if such focus is understandable because of the excessive demands placed on artists by the context of the theatre "industry" (a word I object to using, and one that reflects the wrong turn theatre has taken, in my opinion). Theatre programs across the nation must expand their focus to include more than teaching the skills to create art. Artists must learn to tell the story of the arts in a compelling way, and doing so requires that they understand (and devise themselves) a powerful expression of theatre's purpose and theatre's power, and it requires that they be aware of the resources available to expand their understanding.

When you are struggling for your life, your vision narrows to a pinpoint in order to block out everything except what will save you. In the case of theatre (and of the arts in general), that narrow focus blocks out a great deal that could be used to help you thrive. The tunnel vision appears most dramatically in the pages of Variet, and Show Business, and Backstage, publications that almost obsessively direct focus to the mechanics of the theatre "industry" instead of to the art itself. It isn't that such publications aren't necessary, but when they become an artist's primary source of information you lose a sense of why you decided to do theatre in the first place.

There is another conference in a few days at Americans for the Arts, another organization that can open your mind. But like NPAC last week, the conference at Americans for the Arts will most likely have few artists in attendance. Conferences are expensive, and if you are an artist you may not have the wherewithal to attend one. But I would also venture that, for many artists, there is a lack of interest, a sense that such concerns are "academic" (by which is meant, in our anti-intellectual society, "irrelevant"), and that thinking about the larger issues surrounding the arts is unproductive.

If, as so many people say, theatre has become irrelevant (and I don't think it has; I think it's relevance has gone underground during the tornado of triviality that has swept through the last 25 years)  it may be because theatre artists, in the desperate need to simply survive, have lost an awareness of the larger world and their place in it. And what is best about a conference such as NPAC or Americans for the Arts or AlternateROOTs is that you are reminded of your own potential and your own importance.

In reading this latest post, I'm coming to realize that, in my position that artists need to be artists and concerned primarily with their own specific voice and your position that their needs to be a broader understanding of how those individual voices both address and serve the outlying community, we're both absolutely correct.

I think the seeds of the solutions are in the landscape already - artists should be artists but should rely, in some degree, on the guidance of community-minded advocates (like yourself) for reminders of how they can be more involved in performing within their own communities.

It's not as big a stretch as it may seem - most artists adjust their art to reflect the desires of the commercial marketplace or bend to will of their board members - I say that the advise given by an advocate of a more community-involved art-scene is at least as sound (and absent all the "money-making mentality) as those influences.

"When you are struggling for your life, your vision narrows to a pinpoint in order to block out everything except what will save you."

This will probably sound heretical, but most times I think we need to be willing to let some organizations die out, so that new ones can adapt and grow. (That's one big difference between a healthy forest and an unhealthy one.)

Don--how does the "artist being the artist" and the individual voice jive with the "shaman and the idiot"?

Or are the artists voice and the wider sense of our world already there side by side--even if one or the other is neglected by most of us?

Tony -- I agree totally -- theatres need to die (I like the healthy forest analogy). I was speaking more about the struggle that most theatre people engage in every day to put a roof over their head and food in their mouths while trying to do their art.

Don -- I agree with you, too! This is not an either-or thing. And while people like me can serve to remind artists, eventually artists themselves need to internalize the impulse, rather than relying on some Jiminy Cricket on their shoulder reminding them to connect to community. To be honest, it really isn't a compromise -- some sort of theatrical vegetable to be forced down instead of a pizza. Connecting to one's community can be as artistically rewarding as doing what might be considered a "traditional show" -- hell, MORE rewarding.

Let me just add a caveat to your comment.

I find there can sometimes be a resignation that goes along with the "healthy forest" line of thinking.

For instance, the thinking starts to undergo a casual acceptance: "Oh, well, they died off for the good of the whole."

Fair enough, but there is an insidious side to this. Namely, the casual acceptance that the organizations who remain and thrive are necessarily deserving ,or the best thing for the whole.

In Boston, one of our largest grant givers, The Boston Foundation, released a report suggesting that small arts organizations SHOULD die off for the good of the whole. Their thesis was that if you can't innovate or play this new landscape well, you probably are better off closing your doors.

Thomas Garvey, another blogger here, did a few posts on the details of the report. He found that the organizations the Boston Foundation was holding up as examples of small companies that have survived in the RIGHT way, were, quite simply, companies that were leveraging political and economic contacts and taking advantage of access and largesse in the TRADITIONAL ways.

It's not that I am contradicting, I just wanted to throw this into the discussion.

Art, Idon't think that those who are surviving/being propped up under the current system are necessarily more deserving or innovative.

They're bigger. More money is given to prop up large institutions because of their largesse. It is telling how many foundations gifts are structured around operating budgets. The larger the budget, the larger the grant.

Where the Boston Foundation report seems to err (from what I can tell, not knowing the front-lines as it were, it seems a load of dung) is the automatic assumption that it is the small and mid-sized companies that need to go away to make room for bigger organizations, not flailing ones needing to clear room for ones with growth potential.

To use the forest example, it's most often the largest carcasses that spawn the greatest growth.

This doesn't mean that large institutions can’t grow and change, (for ex. Steppenwolf stumbled for a bit as they became an institution, but is back with a vengeance) but there's very little reason for some to do so right now.

I'd like to follow-up on Andrew's point about the need to tell stories well and your emphasizing this need as well.

Coming from the dance side and not the theater world, I'm constantly encouraging dancers and dance companies to tell their stories about their companies and works in new and more meaningful ways.

I get very frustrated going to one website after another where way too brief descriptions are given of new dance works, little context is provided and there's no much for audiences to grab on to.

This is a real lost opportunity, I believe, because the Internet offers so many great ways to share stories through text, pictures and videos.

I've always had trouble understanding this lack of interest in providing a more compelling context for helping audiences better understand dances that they are about to see.

The easiest answer is that many choreographers and dancers simply want their work to speak for itself and are not inclined to explain something that is designed to be experienced.

But I always thought there should be a better or, at least, an additional answer.

Overall, how do theater companies do in telling their stories? How do they go about it? What are the best examples? Clearly from your post above, I take it that a better job can be done? What do you and your readers recommend?

Think Again: Funding and Budgets in the Arts

Every once in a while, I think I'll post a link or two to posts written earlier in the life of Theatre Ideas that seem worth revisiting ... 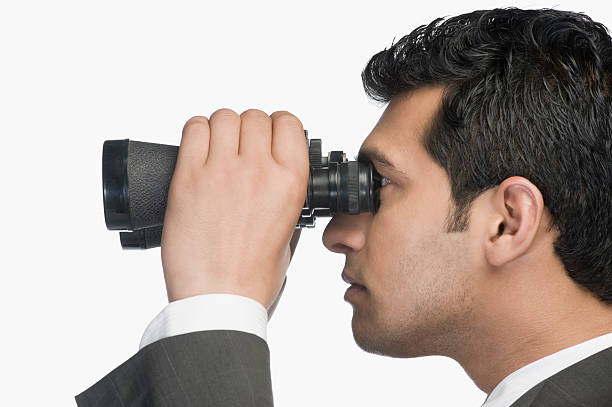 You never change things by fighting the existing reality. To change something, build a new model that makes the existing model obsolete.